I was honored to be invited to shoot a few days at Camp Twin Lakes this summer. This organization manages three camps near Atlanta, Ga., and it exists to provide recreational, therapeutic and educational programs for children with serious illness, disabilities and other challenges. There are more than 60 different camps, most of which are run by partner organizations. For example, one of their largest camps is Camp Sunshine for kids with cancer.

I have known about CTL for a while and have been an admirer of the organization both personally and professionally. (Full disclosure: My employer, the Katz Foundation, funds scholarships for them). I have also been thinking about a photographic project that I can sink my teeth into and CTL seemed like a natural. There are so many stories to tell - and they are so varied. There is a gamut of emotions that I've gotten from meeting some of these children - sobering, certainly, but mostly heartwarming and hopeful. The ultimate challenge is to try to convey this through photographic images.

However, it also felt overwhelming. How could I possibly do this justice? The short answer is that I probably can't. There are 10,000 kids on three different campuses in 60 camps. But maybe I can at least start and see where it goes.

I was only able to spend a short time at this camp - "teen week" for Camp Sunshine. The Rutledge campus (their first and "main" campus) includes a 200-acre farm which provides a good bit of the food for all of the camps. During Camp Sunshine, a small group got to have a more intensive experience at the farm. Here they are helping some skittish calves (just recently weaned from their moms) get used to having humans around. 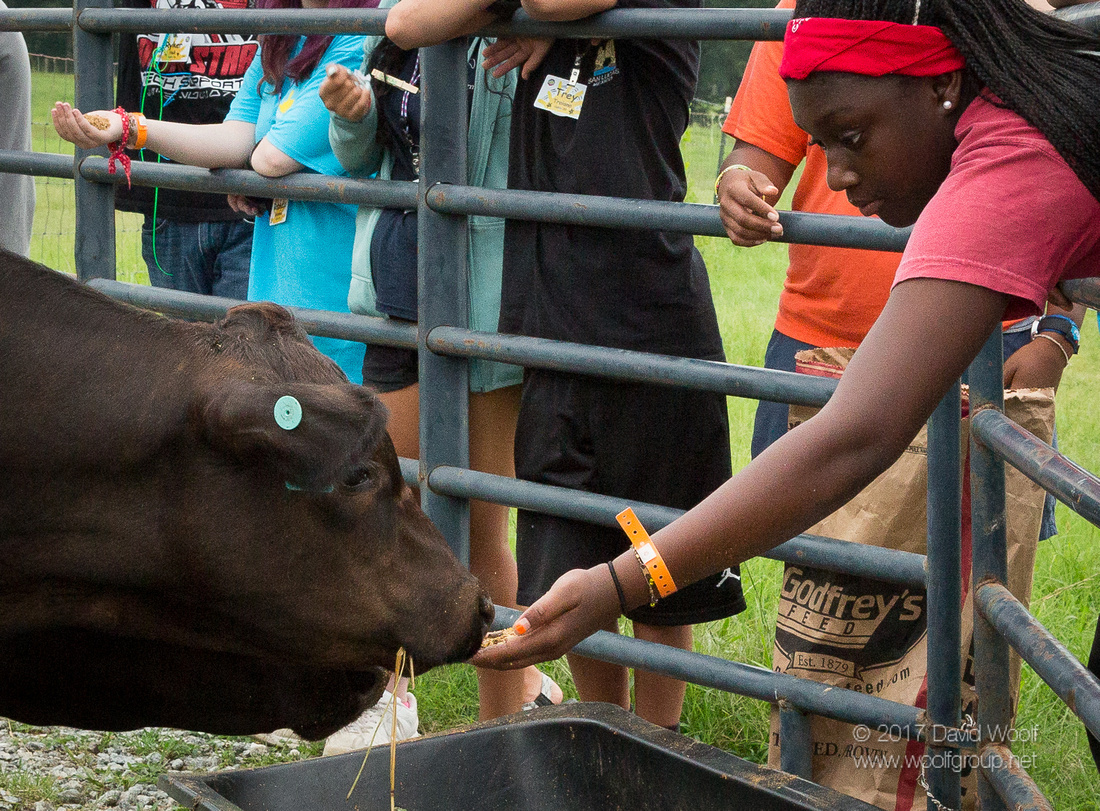 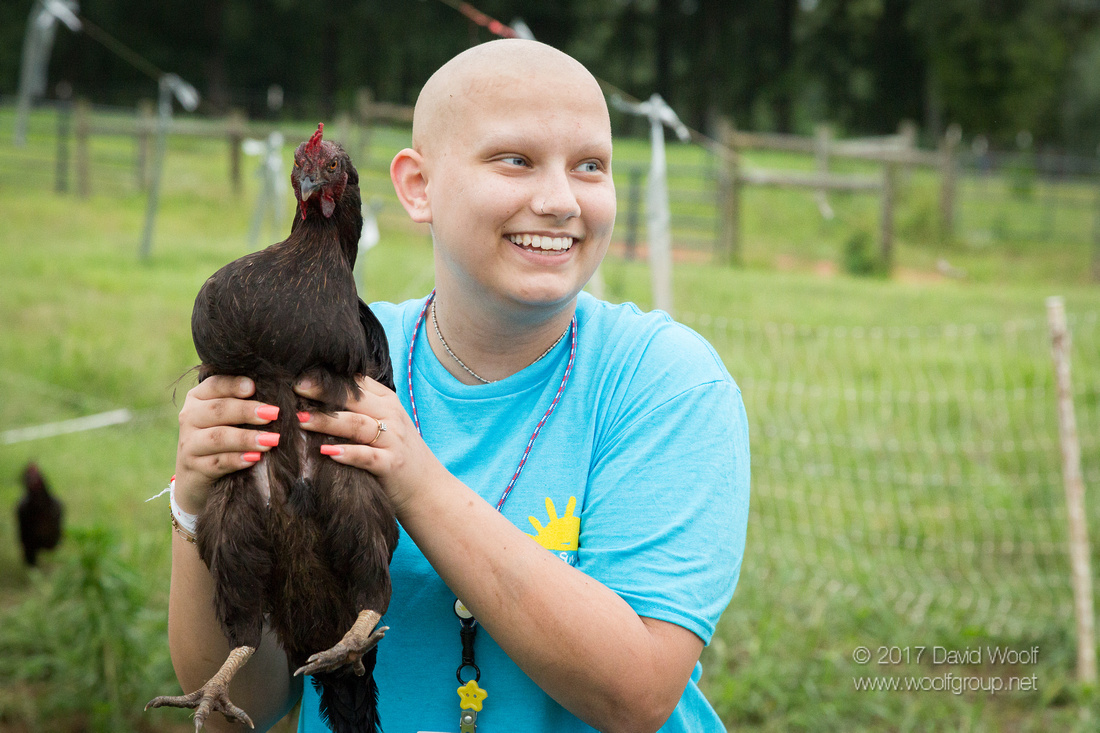 I asked this girl why she wore the arm brace. She said she had a brain tumor removed when she was three years old and it left the left side of her body weakened and fragile. 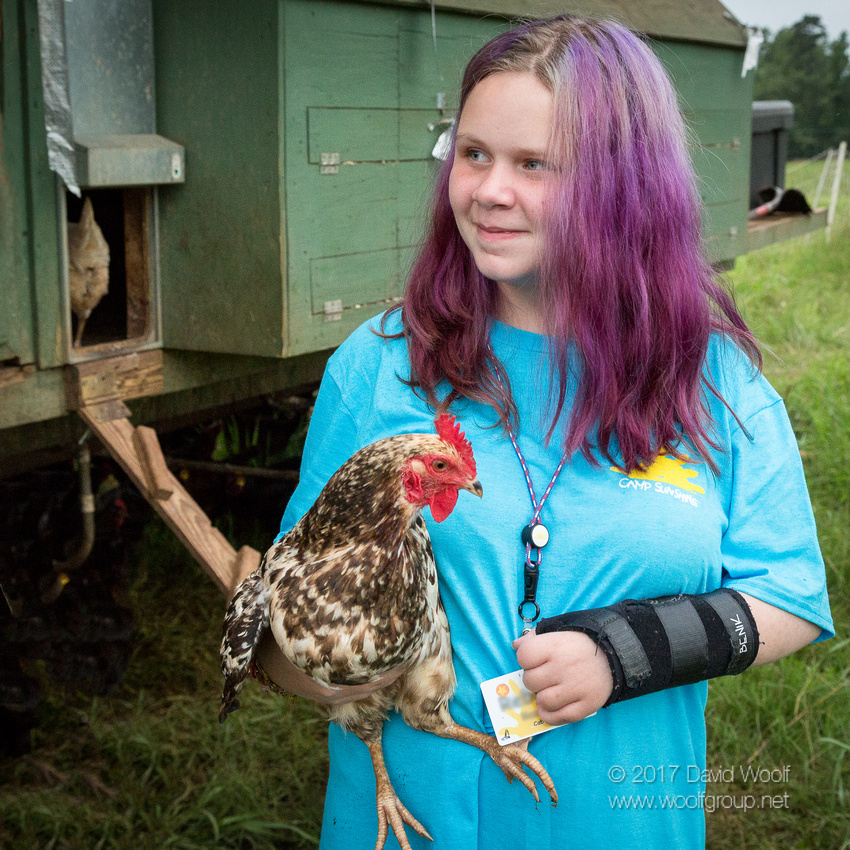 There was a story going around about a counselor that was telling the kids to beware of the sharp talons so they wouldn't get hurt. To which, one of the campers snapped, "I've beaten cancer. I think I can handle a chicken."

I was able to spend a couple of days at Camp Will_A_Way in Winder, where both of these camps take place the same week. Krazy Legs is for kids with spina bifida and No Limb-itations is for kids with prosthetic limbs. (Both are run by CHOA.) There is little that these kids can't do, or won't at least try. 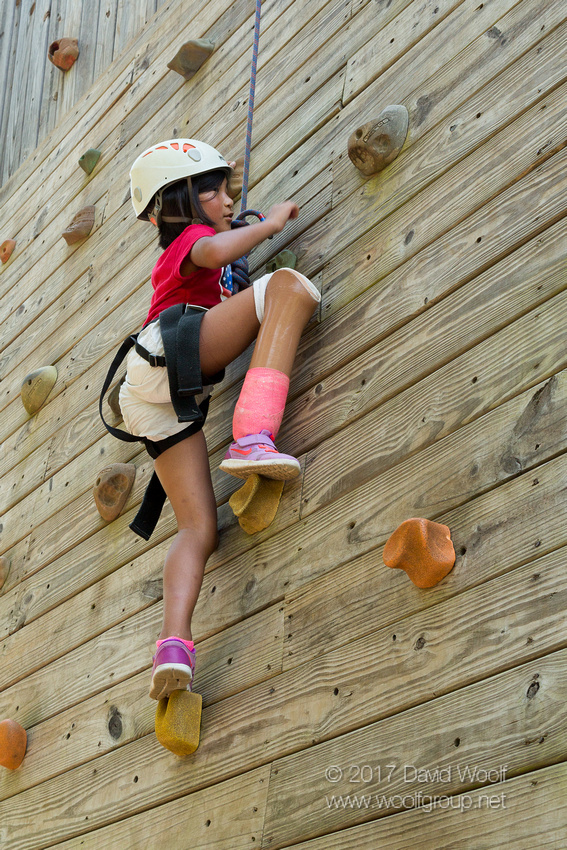 Some need a little more help than others. And they get it.

A different group at the climbing wall was working on the ground on belaying skills. 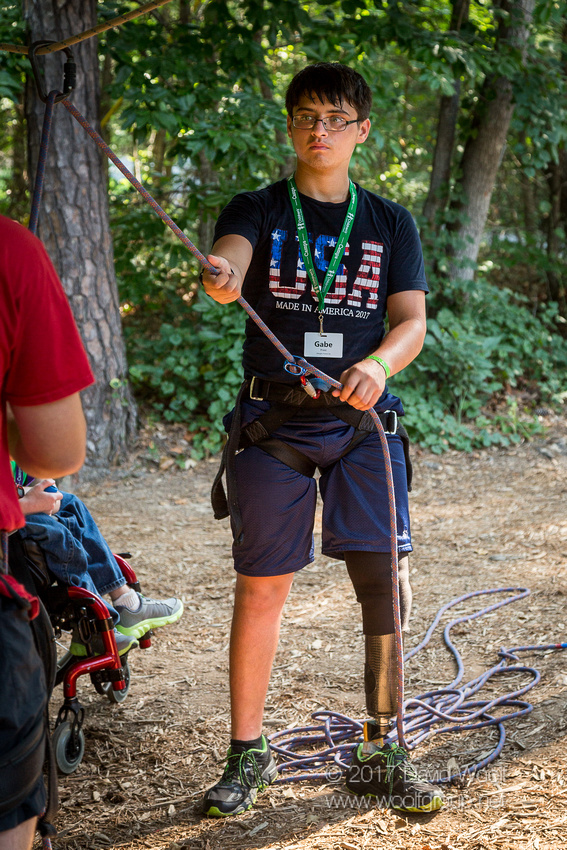 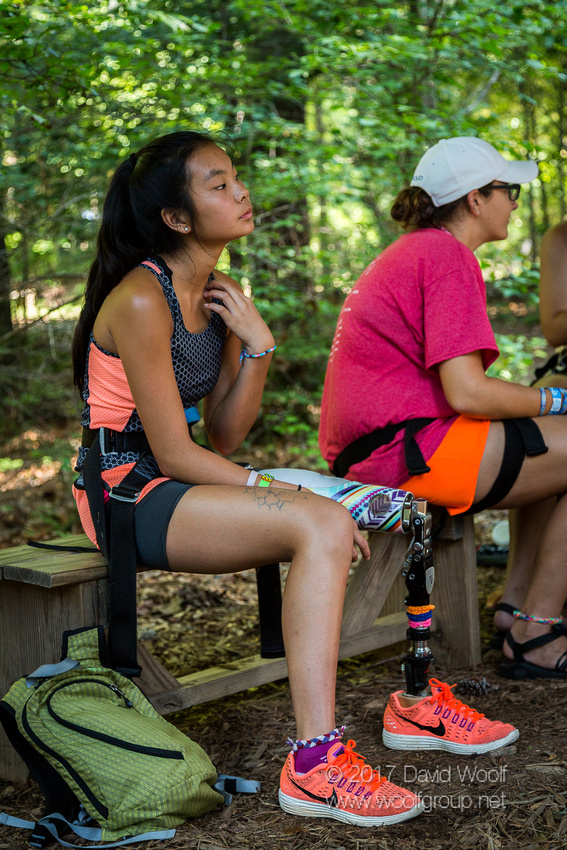 This is Jahkee, who prefers his short prostheses for camp. He told me that most days back home, he wears more conventional legs and he stands 5'10". 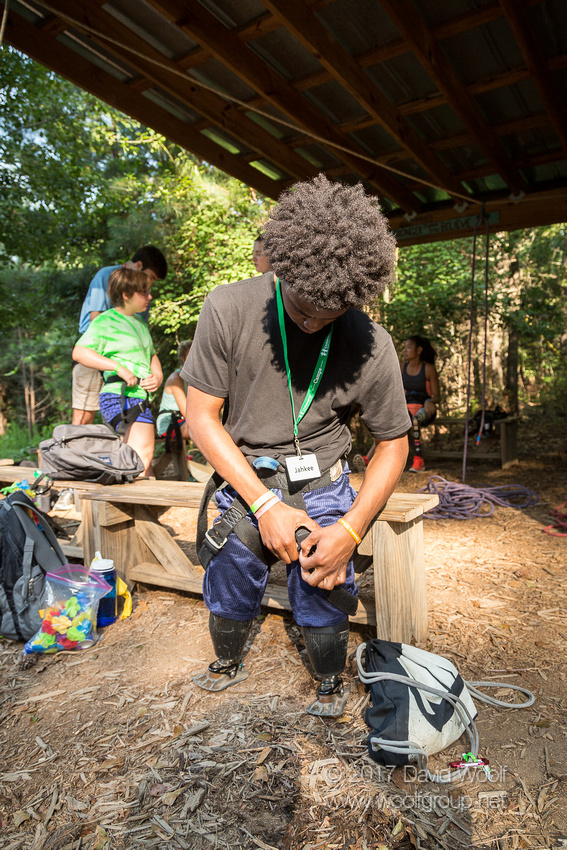 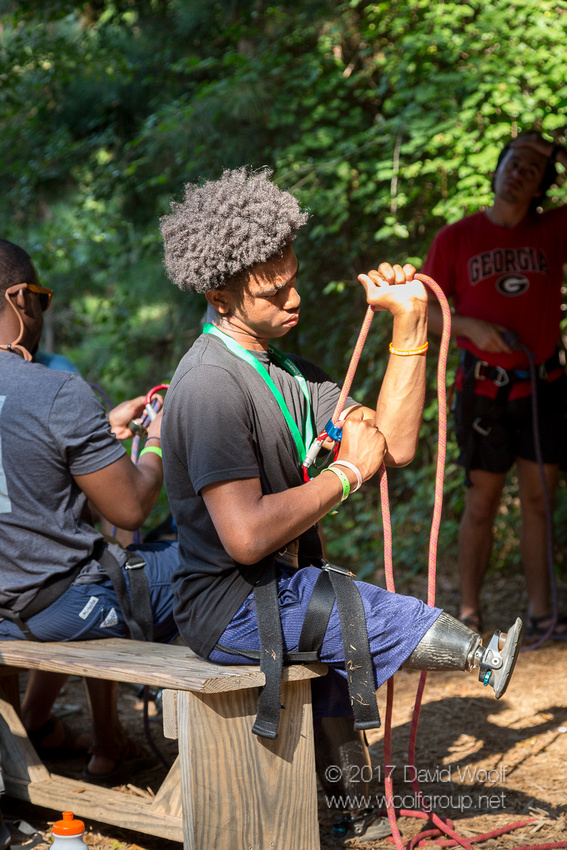 During the morning break, the "ga ga ball" pit is a key attraction. It's a variation on dodge ball. Very competitive. 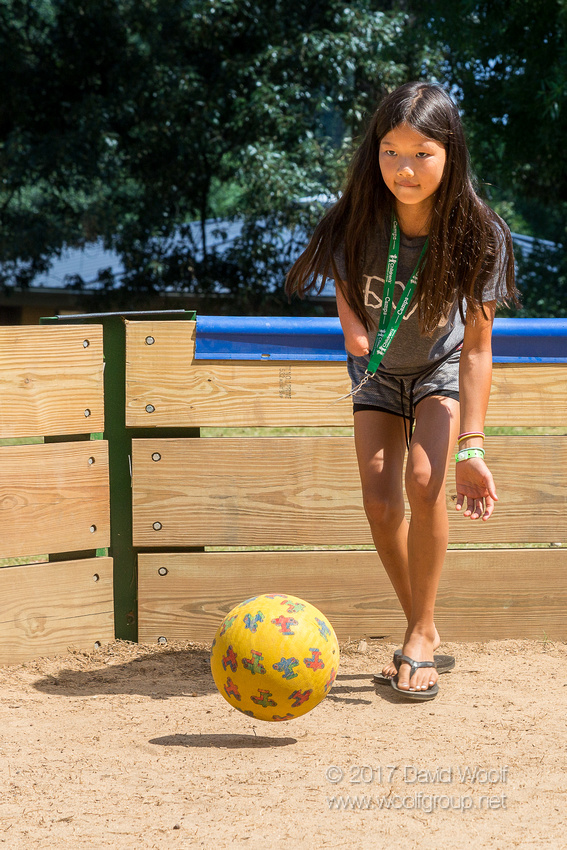 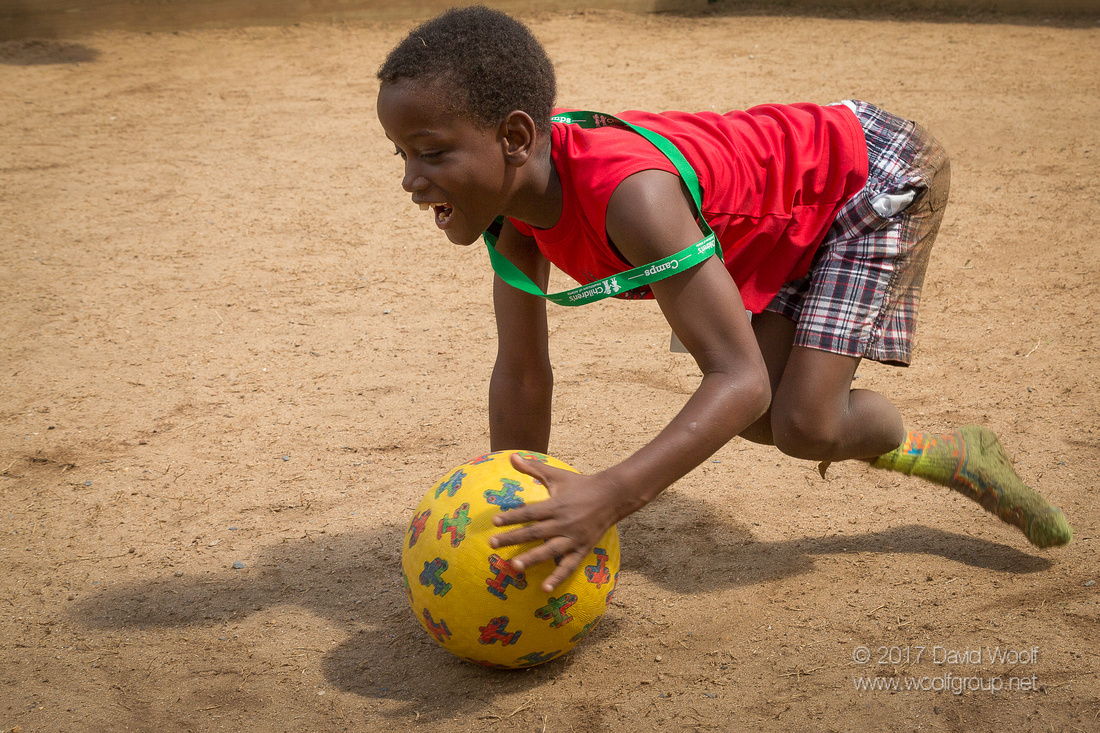 The pool is fully accessible, of course. It was a great example of the counselors allowing the kids to do what they could and help (only) as appropriate. If a child could get into the pool by himself, he did. If she needed help being carried or rolled into the water, she got it. 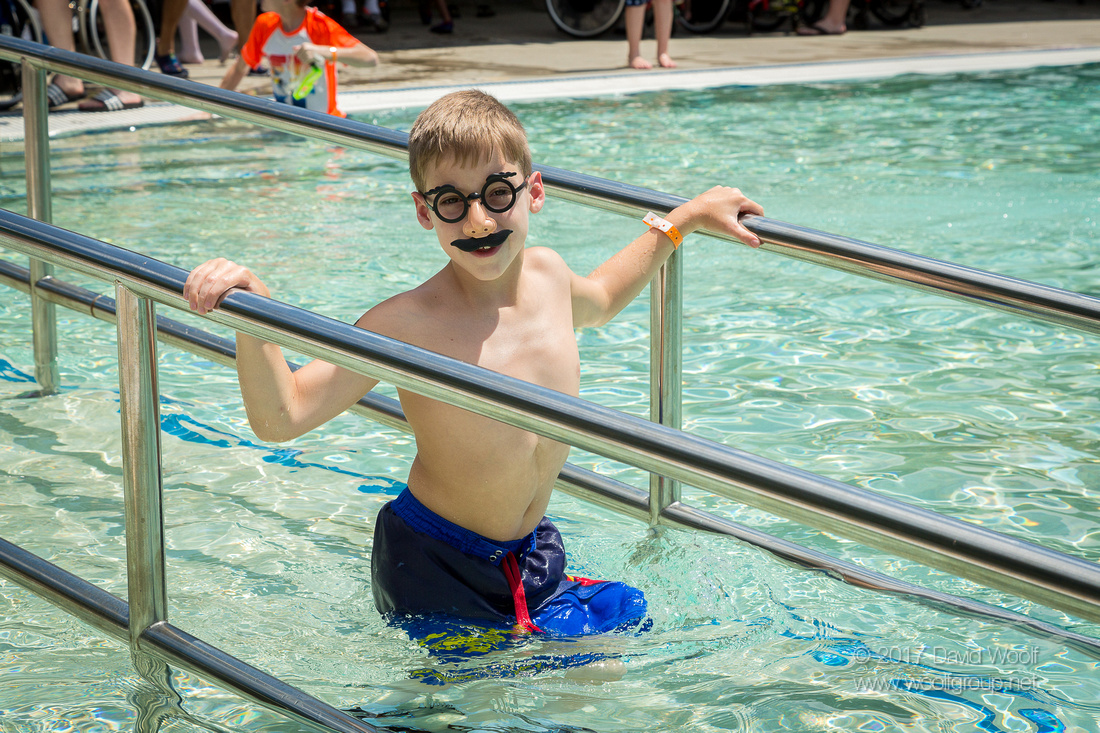 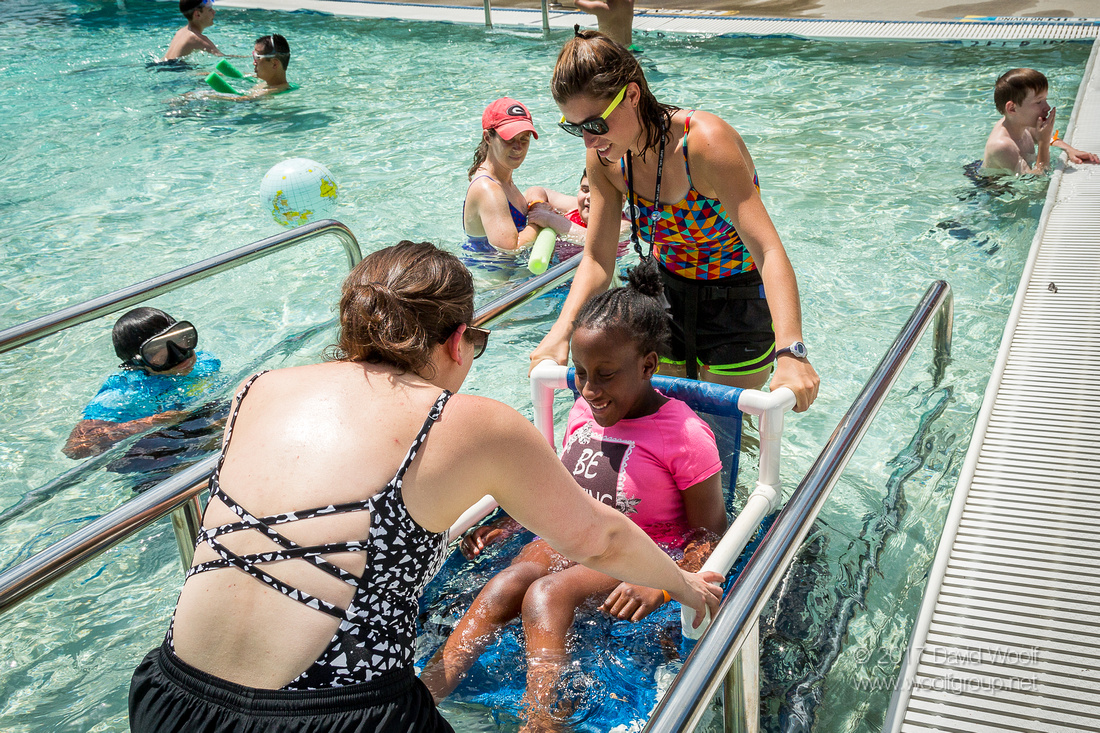 The stables on the other side of camp offered horseback lessons for a group of kids with spina bifida. How do you get a chair-bound youngster up on a horse? It's pretty simple with the right setup. 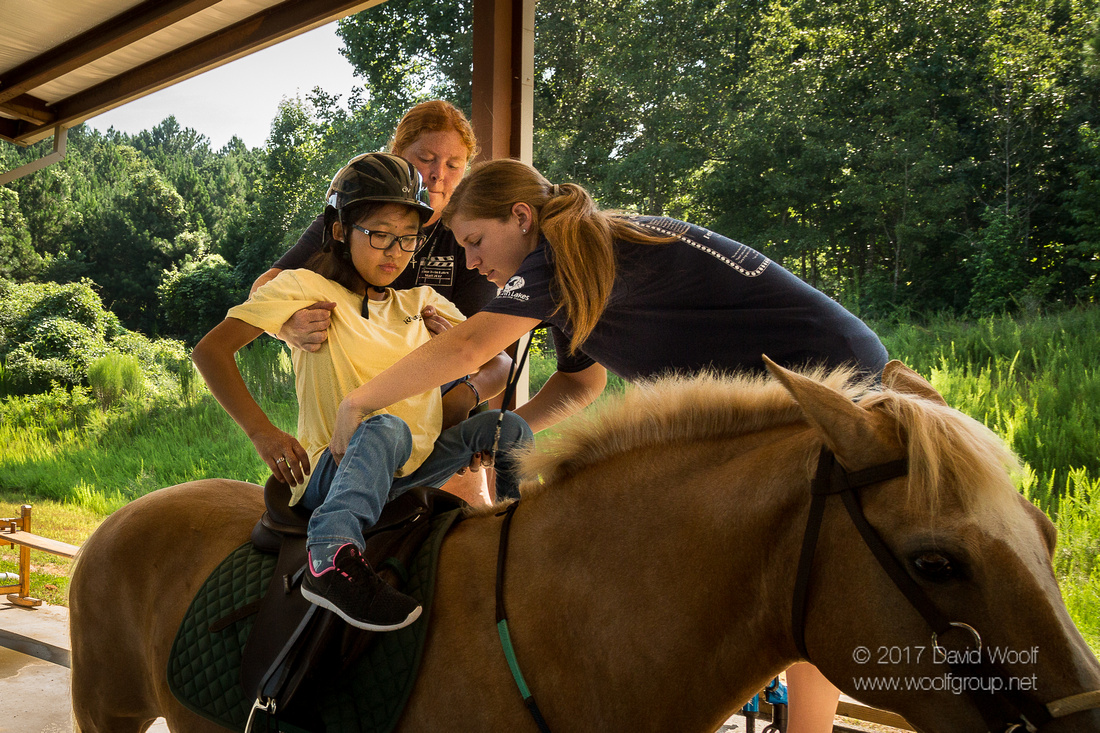 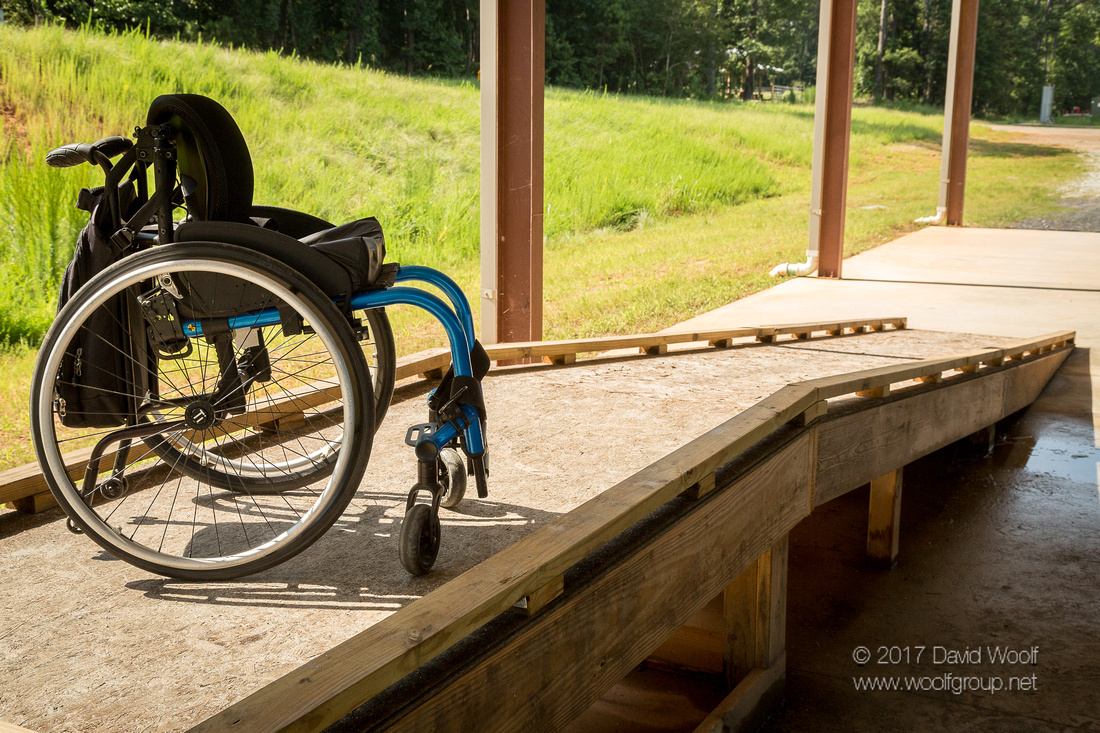 The class taught the kids basic maneuvers that varied in difficulty. I was told that the counselors are particularly aware that many of these kids have little ability to use their legs so it can be challenging to stay on the horse. But they manage. At the end, the instructor, Hillary, said they would now learn to trot. This was managed with one person leading the horse and one on each side, steadying the rider. 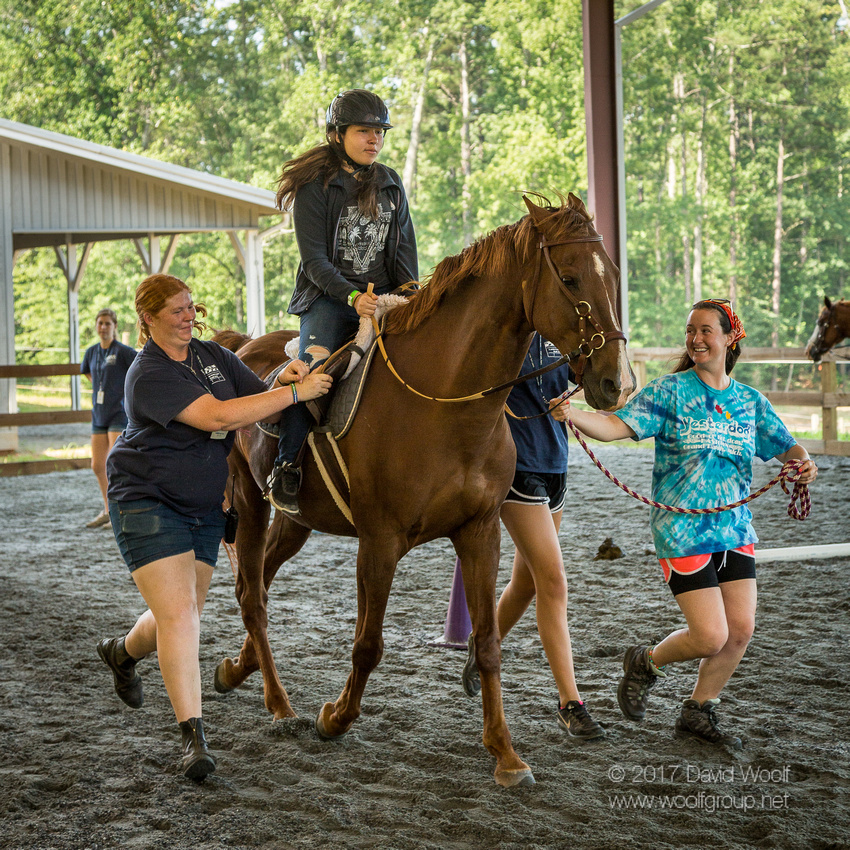 After the class, the students are encouraged take their horses back to the barn. Here, Louisa leads Buttercup. 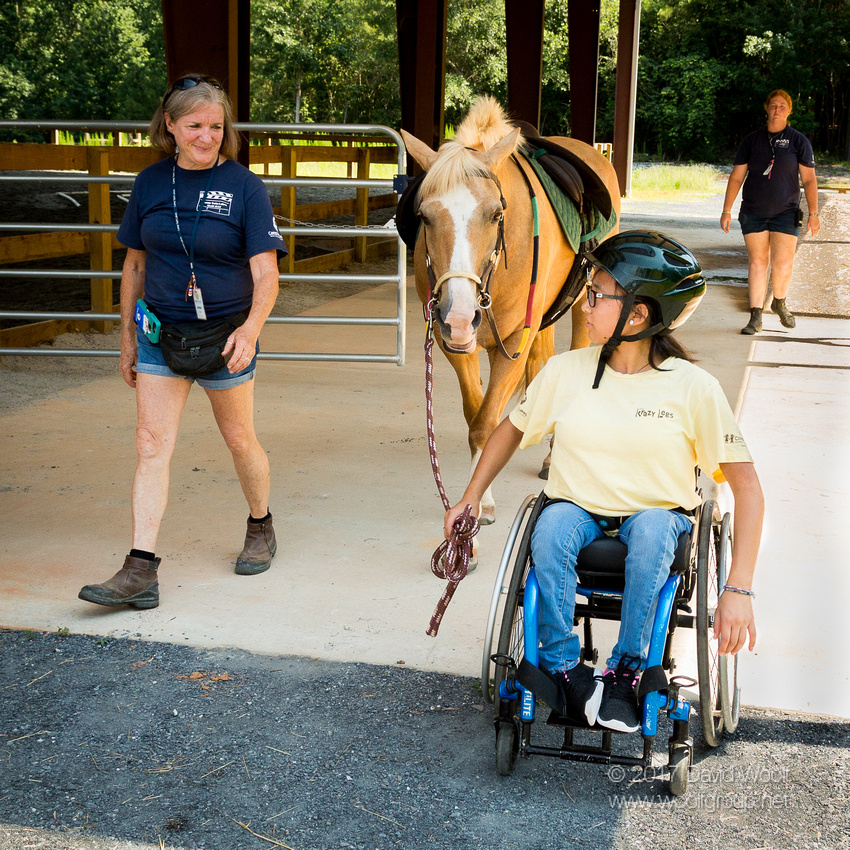 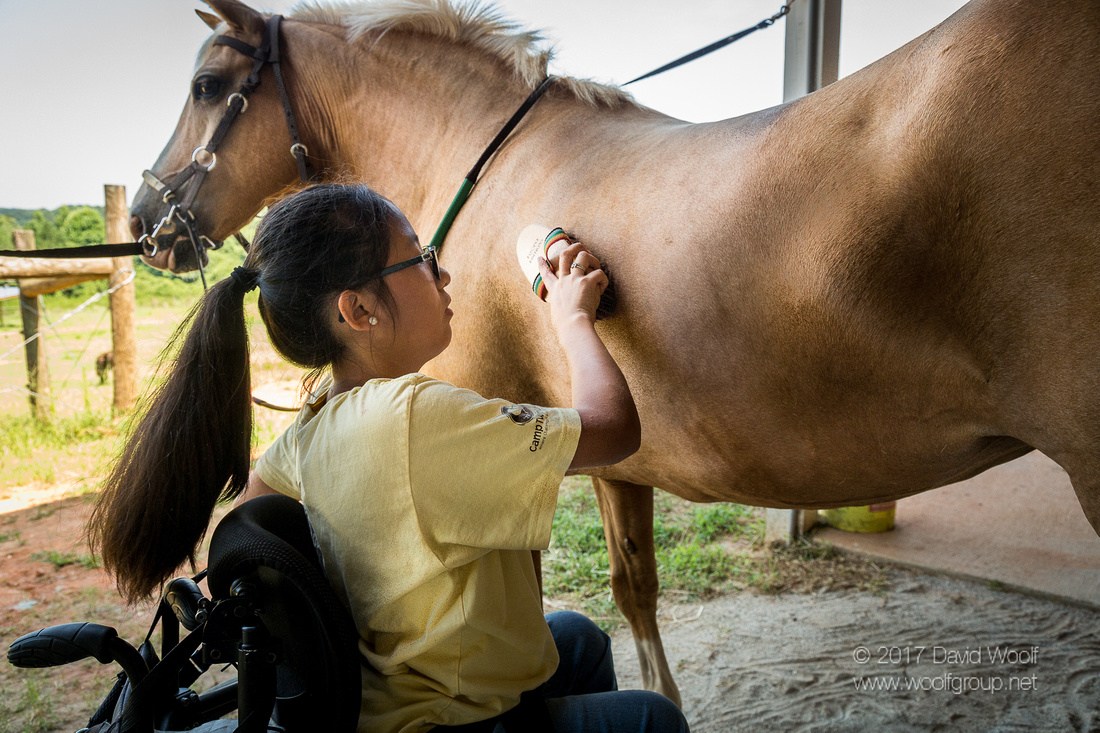 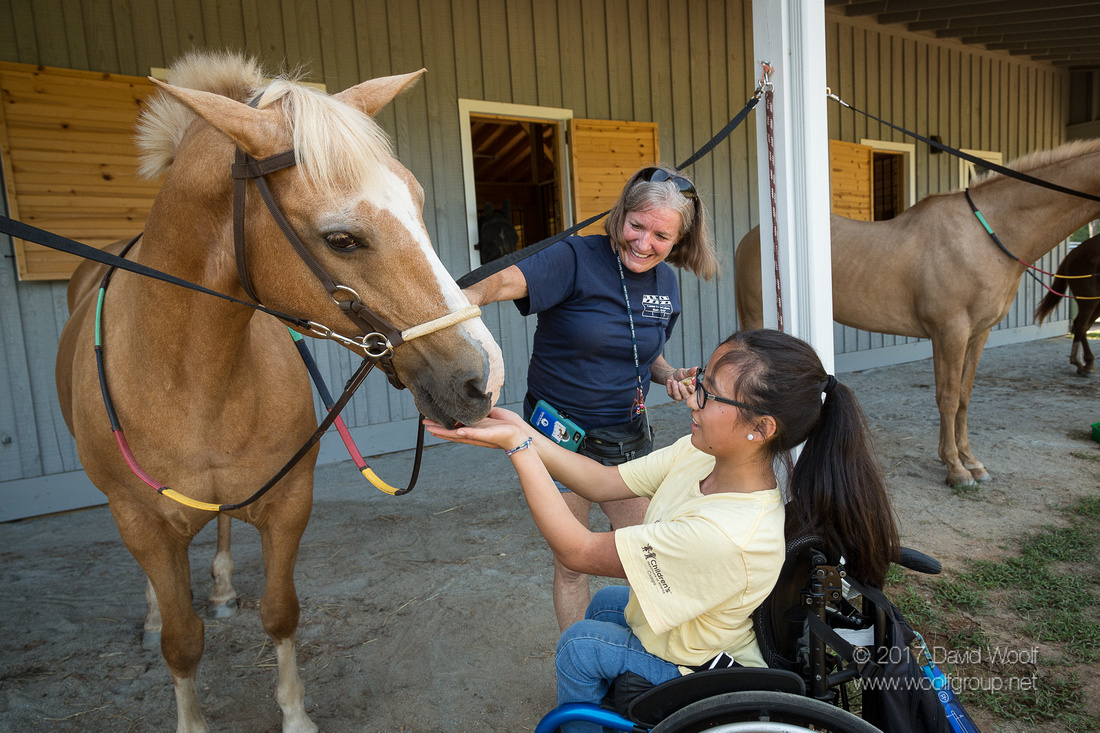 Thursday afternoon brought the whole camp together for "Wacky Olympics." Just use your imagination - like this homemade slip-and-slide. 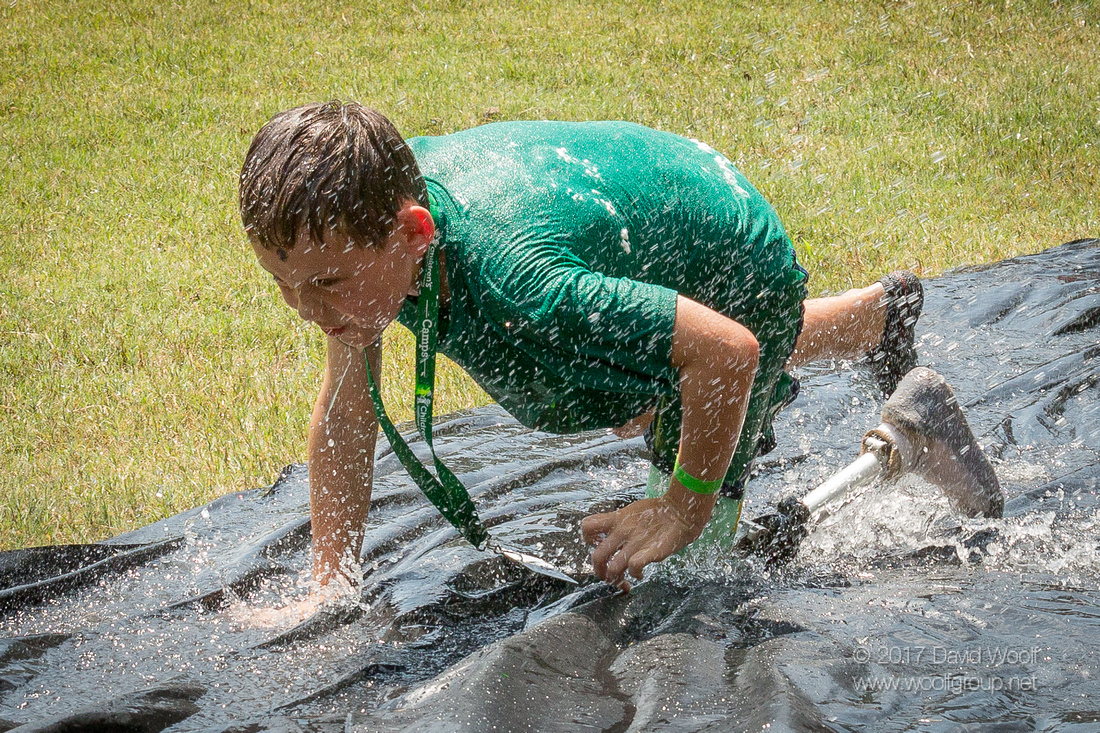 Clearly, this is a special place for a very special group of kids. 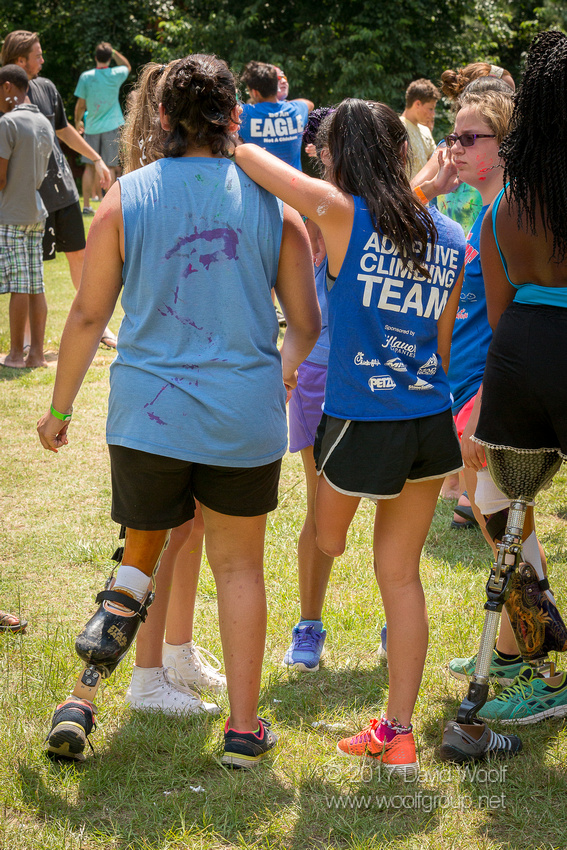 There is much more to explore at Camp Twin Lakes. I hope I can continue to do so.

All photos © David Woolf. Thanks for looking!